About a year ago I gave up coffee. Not because I don't love it, think about it, dream about it often, but because for some yet unknown reason my body can't handle caffeine anymore.

Ever since waving farewell to the most hipster of morning rituals — the most prolific subject of YouTube vlogger montages, the socially accepted drug of choice — I've missed coffee.

After a month or so I let go of the taste of it. I'm fine. But I miss the ritual. The hot mug in the hands in the morning. The face full of steam. The sweetness of the creamer (Yes, I use creamer. Flavored, no less.). The 5 to 10 minutes of prep – grinding the beans, boiling the water, pouring over the Chemex. You know the drill. It was just part of my day — one I looked forward to, one that made getting out of bed at 5:45 am just a little easier.

Over the past year I've searched for the next best thing. I tried decaf coffee but there's still caffeine in it, and a wildly variable amount no less. If I knew it was 10-15mg I could probably do it a few times a week, but sometimes it's 30 or more, and when it is, I know it. I'm dizzy, lightheaded, and foggy. It's not worth it.

Some of you might be thinking "Jack, just drink tea — it's the obvious answer!" Well, dear reader, I'll let Ted Lesso tell you what I think about most tea.

Now sure, there's a wide range of teas and they're not all that bad. Green tea is nice, but not caffeine-free. I can enjoy a good English or Irish Breakfast, but they're also caffeinated and the decaf versions are hot brown water. No thank you.

A few herbal teas were okay but highly seasonal in flavor. Cinnamon Spice kind of stuff. Fine a few times around Christmas but that's about it.

The closest I found to a good coffee replacement — for a while at least — was Rooibos Tea. It's darker, earthier, and isn't too bad. But it has that tea aftertaste and when you add creamer it looks like dirty dish water. I couldn't settle for this thinly shrouded imposter.

So I asked around. I got a few recommendations for MUD\WTR. It's made from mushrooms and other weird stuff. The ingredient list sounded like a witches brew from a budget fairy tale — it had all but eye of newt.

When you google for "caffeine free coffee substitutes", it shows up. High on the list. So I bought some. Honestly, it's not bad! It's earthy, has a pleasant after taste, and does kinda remind of coffee. But it made me dizzy, lightheaded, and foggy.

It turns out that MUD\WTR is not caffeine-free even though most of the marketing heavily implies it. They never explicitly say it, so there's no false advertising, but all signs make you think it is.

So that ruled out another option. Back to Rooibos for a while.

A few weeks ago a friend sent over a new recommendation. She had recently had to give up coffee for acidity reasons (truly all of our bodies are falling apart) and had fallen in love with Dandelion Tea. 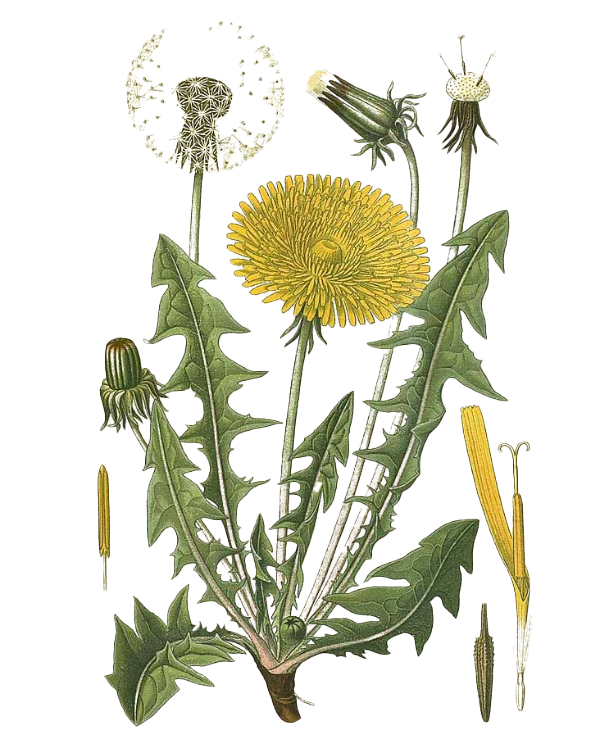 Dandelions. Weeds. In my mug. In the morning. What the heck, I'll try anything once. So I ordered a box of dark roast dandelion tea and hold your hind-parts right there. This stuff is pretty darn good.

It's dark and earthy like coffee, and when you add creamer it still looks like coffee. That's a big deal to me! The smell is rich, the taste is quite delicious. Desert-like almost. This was it!

Finally, I found my coffee replacement!

It turns out it can still get better. I told my friend how much I was enjoying the dandilion tea and she asked which kind I got. I thought she meant brand (Teeccino if you care). She meant roast. There are different roasts! She said I had to try the hazelnut roast and sent a couple over to try.

Let me tell you. This is the stuff. This is almost every bit as good as coffee. At least my memory of coffee at this point. It's delicious. I've been adding a little bit of pumpkin spice whipped cream to the top and hot dang, it's good. I've been even having a few cups a day this week — something I haven't done once since quitting the joe.

So in conclusion, if — for any number of medical, spiritual, or emotional reasons you need to quit coffee — let me recommend hazelnut tee to you. It might be just the thing to give you back your morning ritual.

How pretty is that color?

Let's Talk about Clichés About those Florida Gators... What Are You Working For?
RSS baby!